What would the manufacturing scenario be like in China five years from now?

China is losing factories at an astonishing pace—in another five years, the manufacturing map of the world will look very different from what it does today. Surveys done by UBS globally suggest that 20-30% of manufacturing will be leaving China. Dongguan, the epicenter

of China’s manufacturing, has many shutters down and ‘space available’ signs all across

Trust and reputation are perhaps the only two things in the world that travel faster than light. From all accounts, it appears as if China is losing the trust game and this global untrustworthy reputation is casting a long dark shadow over its manufacturing muscle. The perfect heady cocktail of Covid-19, geopolitical tensions, unwanted aggression on neighbors and in the South China Sea, high tariffs, use of forced ethnic minority labor, misusing WTO (World Trade Organisation) rules are all coming together to move the world’s factories away from the world’s factory! Hong Kong and Shenzhen with about 500 and 300 skyscrapers, respectively, the most of any cities in the world, were the leaders on this one metric—a silent but visible testimony to China’s global ambitions, even dwarfing New York and Los Angeles.

China is losing factories at an astonishing pace, especially after the Chinese virus has destroyed much of what we knew as ‘way of life in 2020 and beyond. (I wonder if we can have Spanish Flu and a Japanese Encephalitis, what’s wrong with calling it the Chinese virus or Kung-Flu?!). China has ongoing conflicts with India, Australia, Japan and public perception in the US is predominantly anti-China now as per the Pew Center—and this is a significant shift away from what it was just five years ago! There is a subtle but important shift from Americans viewing the Chinese as rivals to viewing them as enemies now. Despite what surveys done in China suggest, the shift away from manufacturing is quite dramatic, and, in another five years, the manufacturing map of the world will look very different from what it does today. Surveys done by UBS globally suggest that 20-30% of manufacturing will be leaving China.

Make no mistake, $4 trillion worth of manufacturing happens in China and that’s more than the GDP of India as of date. That is about 30% of global manufacturing and equal to that of the US, Japan and Germany put together. In 2020-21, China is the world’s biggest exporter, while the US is the world’s biggest importer, making it a huge challenge for the WTO to organize trade as per its extant rules. China joined the WTO exactly 20 years ago, and the next big megatrend that is coming upon the world is the de-factorization of China, alongside a simmering, visible new Cold War between the US and China. China accounts for 13% of world exports and 18% of world market capitalization and is one of the two King Kongs in terms of economic supremos of the world.

China has the world’s best supply chains—period—no one else comes even close to it. Yet Samsung Electronics closed its last factory in China last year but has opened new ones in Vietnam and India. They make about 300 million phones every year, more than half of which are today made in Vietnam, and the Noida plant has the capacity to make 120 million per annum. This Samsung India factory is its largest in the world, even bigger than those it had in China and almost as much as Vietnam’s entire Samsung capacity. I am waiting for the Made in India Samsung Galaxy Fold to happen soon! Motorola’s iconic Razr, its first folding phone, was made in India, not China. Let’s not forget this is perhaps for the first time in recorded India’s manufacturing history that such significant amounts of electronics manufacturing have moved to the country.

Dongguan, the epicenter of China’s manufacturing, has many shutters down and ‘space available’ signs all across. Closer home, Foxconn, Wistron, Pegatron, and Tata Electronics are the newest beneficiaries of Apple moving its manufacturing out of China and the government of India’s thoughtful PLI (Production-Linked Incentive) scheme. Not just assembly but manufacturing, yes you heard right. The PLI scheme has been one of the biggest achievements of the Modi administration in incentivizing manufacturing to come to India. The MeitY, under the leadership of quiet performers in IAS officers like Ajay Sawhney and Saurabh Gaur, has won the applause of tight-fisted foreign hardware investors who are flocking the scheme, which is being expanded across other sectors also. Likewise, Tamil Nadu and Karnataka with dynamic IAS officers are chasing every company which as much as even peeks out of a Chinese window, to their grave and back, to bring them across to their respective states. At the very least, China won’t remain the world’s electronics factory, if not the world’s factory, by the end of this decade.

Harvard Business School’s Willy Shih points out that the entire supply chain for textiles and their related ecosystem clusters have moved overseas to China and Bangladesh and bringing them all back will be complicated, though not so in the case of some other industries. He along with Gary Pisano presciently pointed out 12 years ago that American competitiveness was declining due to relentless offshoring of manufacturing to China. This had not only hurt the US trade balance, but also its job prospects, and innovation ecosystem. The proverbial chickens have come home to roost.

AT Kearney has an interesting China Diversification Index (CDI) that tracks the shift in US manufacturing imports away from China and to other countries. It concludes that while China remains the world’s primary producer of manufactured goods, it has now lost share within the CDI steadily for the last seven years. All this is well known to the Chinese leadership who are doing everything in their power to slow it down, for it cannot be reversed.

Chinese President Xi Jinping lobbed the idea of a ‘dual circulation’ strategy to cut its dependence on global trade and markets. China will rely mainly on ‘internal circulation’—the domestic cycle of production, distribution, and consumption—for its development, supported by innovation and upgrades in the economy. The ‘external circulation’ will lose its primacy and will only play a supplemental role. China’s next five-year plan has this broad theme as its centerpiece. Further, in 2020, the National Government instructed that all government offices should remove all foreign hardware and software by 2023. That’s about 25 million computers alone going to the trash can! It is also well known that there is a global chip shortage and China’s new $29-billion semiconductor fund is aimed at building its own capabilities, and who knows Huawei may compete with Samsung and Intel in chips soon!

Huawei’s revenues are more than that of Alibaba, Tencent and Baidu put together, and the world’s best end-to-end 5G ecosystem is made by them, albeit they face significant trust issues when they sell abroad. Huawei is already preparing for a new cold war, where the world may not buy from them, and now has its own homegrown OS Harmony and new fast chips, decoupled away from the US tech ecosystem. Walmart has announced $350 billion over this coming decade for ‘Made in America’ merchandise for its stores—made, grown, or assembled in America.

It is khela hobe (game on) here too, like in Indian politics, but the question is can India compete head-to-head to do a khela shesh (game over) on China, on the global manufacturing map in this decade? Can India take advantage of the ‘perfect storm’ in terms of the confluence of circumstances on the global stage, as also the proactiveness of policy at home to make ‘Made in India’ happen?

Where is manufacturing going?

This raises an interesting question: if manufacturing is leaving China, where is it going next?

Amidst numerous attempts to drive re-shoring efforts, US manufacturing still suffers from problems of labor skills and wage costs. Tariffs have succeeded in lowering global dependency on Chinese manufacturing, but they have failed in driving manufacturing back to the US.

Therefore, given the proximity to a ballooning population base and relatively lower wage rates, Southeast Asia still remains a lucrative opportunity for brands looking to outsource manufacturing.

Conveniently, as Chinese manufacturing began its decline, other Southeast Asian countries nearby started quickly gearing up to take over some of the Chinese business.

Individual countries started eating up niche specialties. Vietnam, for example, made massive efforts to grab everyday apparel manufacturing. Popular sportswear brands like Nike NKE +15.5% and Adidas have rapidly re-allocated a vast majority of manufacturing and footwear base to Vietnam, from China.

Thailand has seen an increase of about 19.7% export volume from the US, specializing in automotive, food and beverage, and natural rubber manufacturing. Thailand also offers some competition to China in electronics manufacturing.

Indonesia has also emerged to be a new player in the space – appearing particularly attractive for companies seeking to relocate from China. President Joko Widodo of Indonesia has been incredibly keen to jump on the Chinese manufacturing exodus by presenting close to $1 Bil in federal investments through the creation of an industrials park in Java, Indonesia.

India, another global superpower with a quickly expanding consumer base and previous manufacturing know-how, is also attempting to reclaim a spot as a world exporter. India already has a massive auto, food, and apparel manufacturing base. Apple AAPL -0.2% recently released an intent to start manufacturing the iPhone 11 at a Foxconn-owned CM plant in Chennai. There’s also talk of the assembly of an iPhone SE 2020 at a Wistron plant near Bangalore. Pharmaceutical companies are also turning towards Indian manufacturers for a more reliable production base. Most notably, AstraZeneca will be utilizing Indian contract manufacturer, the Serum Institute, to manufacture its newest Covid-19 drug.

Mexico and Brazil have also grabbed the spotlight and gained huge manufacturing market shares in the automotive space for both internal country production as well as export purposes. 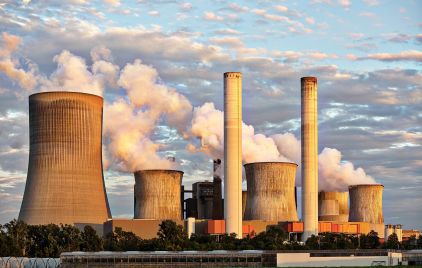 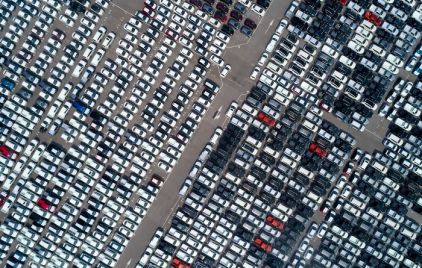 Reason Behind Sparsity of Cars & PCs Supply, and What India Must Do? 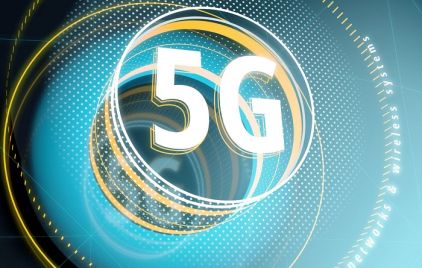